We recommend Zen Internet and this is why

As a Zen Internet Platinum Partner I understand that Businesses need to invest in a fast reliable internet service coupled with dependable Email services.

We understand that each business is different. That's why the wide range of business-grade superfast Fibre and ADSL broadband packages is one of the broadest in the industry. With a choice of speeds, downloads usage, flexible contract terms and care levels on your phone line, we can select a connectivity service that best suits the way your Business works.

Contact me to discuss ordering or moving to the right solution for today’s Business.

Zen Internet, one of the UK's leading Internet Service Providers (ISP), announced today that it is introducing faster broadband services with download speeds of up to 20Mbps and upload speeds of up to 1Mbps at no extra cost for customers this summer.

Zen will start moving existing residential and business customers over to the new services later this summer, as long as they are available in their area. The new services, which will be on a "like for like" basis with current products, will not change in price but customers can, in most cases, expect to receive a higher speed. Zen has already started communicating the planned move to its customers.

"We have been working on this upgrade since late 2008. The final phase of tests and trials for these new faster services is due for completion this summer. We therefore fully expect to start moving existing customers over from late summer onwards and this will be done at no extra cost", said Andrew Saunders, Head of Product Management and Marketing, Zen Internet.

Even though Zen will be providing these new faster services it will not be introducing a traffic shaping policy.

"Zen has always had a very clear proposition around our services. We are retaining our current monthly contracts and just want customers to enjoy the benefits of our new faster services at any time of the day, with no gimmicks or restrictions hidden in a fair use policy." added Saunders.

The speed customers can expect to receive will depend on how far they are from their local BT exchange. Based on the results of Zen's current trials, it is estimated that the average download speeds will be between 9Mbps and 13Mbps, but some trial users are already achieving over 20Mbps.

Zen has upgraded its own network and is using elements of BT's new 21st Century Network (21CN) project to bring customers these faster broadband services. 21CN is a UK wide communication network upgrade project currently being rolled out by BT. This will involve enabling all BT exchanges for 21CN including the faster ADSL2+ broadband technology. BT plan to cover 55% of homes and businesses by March 2010, depending on demand.

"Zen Internet was one of the first ISPs to embrace broadband technology in the UK and connected some of the earliest broadband circuits back in the summer of 2000. We have a mission to provide the best ISP service in the UK and so, over this summer, we are completing a major technology upgrade to our broadband services that will enable the introduction of faster 20Mbps services and bring the most significant changes for our customers since those pioneering days of 2000" said Saunders. 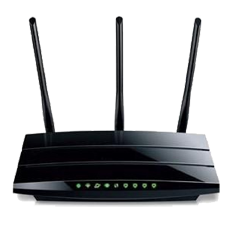 Also why not bundle your telephone calls and line rental as a complete package. Please contact us for a no obligation quote.

Zen Internet, one of the UK's leading with 1 month contracts.

See our offers displayed here from time to time, we sell off excess stock and bundle packages